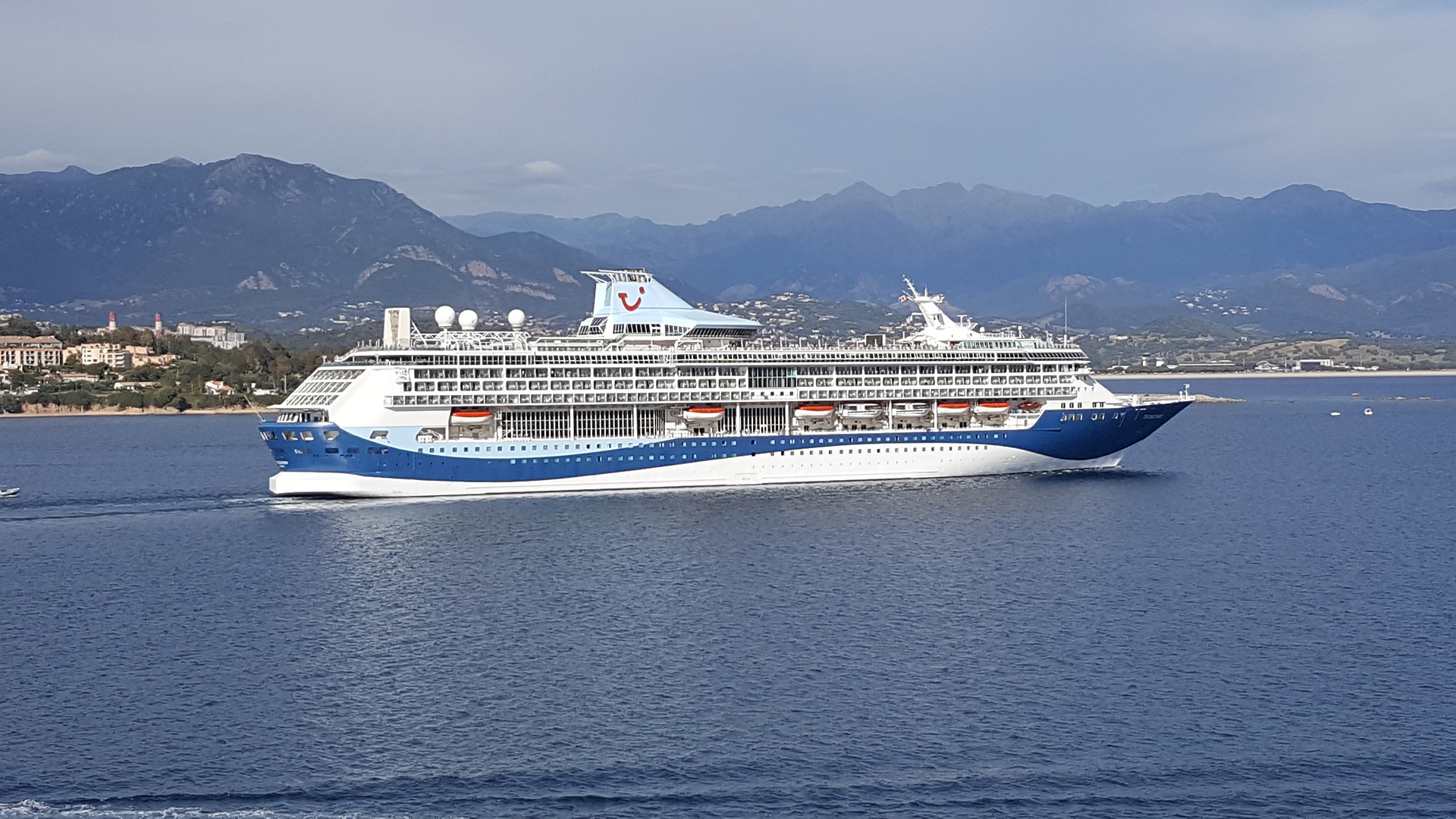 Recently, Simon and I headed off for our honeymoon on board the Marella Discovery. It was our third cruise with Marella, and fifth overall. But, importantly, it was our first post-pandemic cruise. Having previously had a great time onboard two of Marella’s older fleet – the Spirit and the Celebration – we had high expectations of the cruise.

We flew at the crack of dawn from Doncaster Airport, arriving at Palma at around 10am. It took us a while to get through the airport as we had to provide evidence of our COVID vaccinations and have our temperatures checked. Before long, we were on the coach heading towards the ship. The transfer took around half an hour but it felt shorter. The journey is nice, largely following the coastline so the ship was in view for much of the journey. We also passed by the cathedral – very impressive. 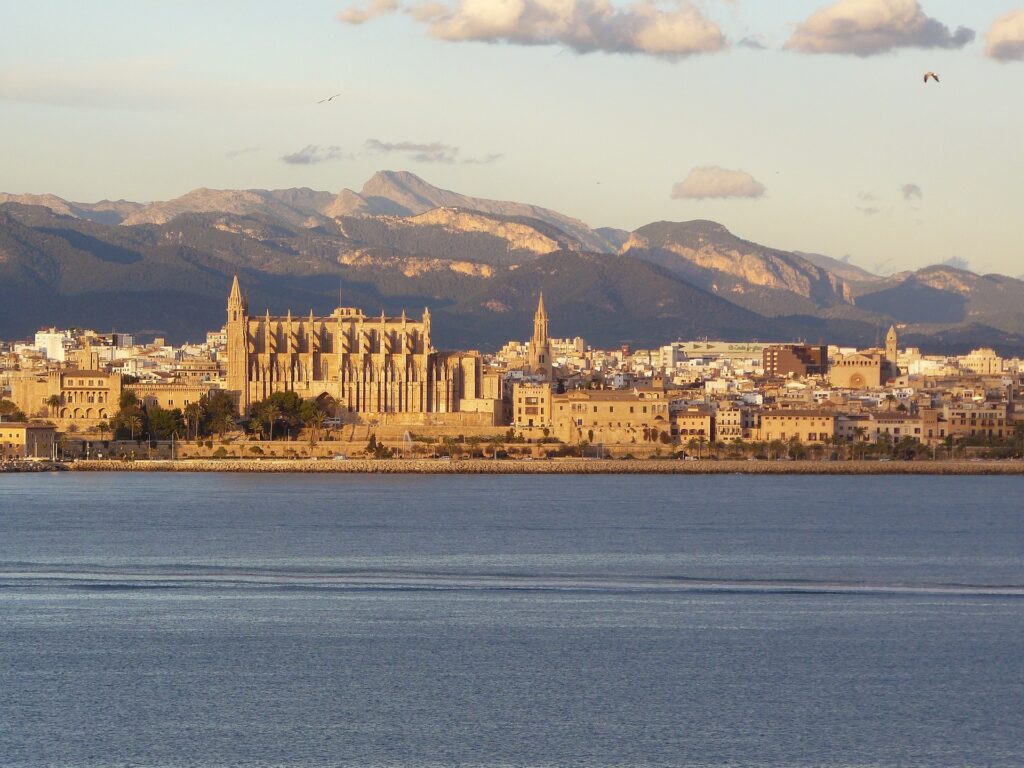 Upon our arrival at the ship, we had to provide a lot of documents to check in. These included proof of vaccine status, proof of a negative test and insurance information. Luckily, I had anticipated this and had everything handy, so we got through quite quickly.

Muster Drill Onboard the Marella Discovery

As soon as we got on the ship, we went into the Broadway Show Lounge to watch the safety briefing video. It was around a ten minute video that played on a loop. Once we watched one loop, we collected our cruise cards and made our way to our muster station.

Unlike cruises before the pandemic, we didn’t have to put our life jackets on when assembling at the muster station. Nor were we all congregated at once. Instead, there was a slow trickle of people to avoid crowding.

Personally, I feel this new way to complete the muster drill is great. It is fast and efficient and allows the rest of the ship to function as normal. It was much better than having to attend at a set time, packed in like sardines.

As we had embarked the Marella Discovery quite early in the day, our cabin wasn’t quite ready straight away. Knowing this would be the case, we had packed some swimwear in our hand luggage so we’re able to change and hang out by the pool.

Given that this was our honeymoon, we splurged on a balcony cabin for our two week stay onboard the Marella Discovery. This was the first time we chose a balcony; previously we stayed in inside cabins and once in a cabin with a porthole.

The room itself was a good size and functional. We had a good sized bathroom and plenty of storage space. However, the decor was a bit dated. The ship is going for a refit though, with new updated rooms from November.

The balcony itself was a good size. We had space for two chairs and a table. As we were cruising around the med in the summer, we were able to use the balcony quite a lot and would definitely go for one again, if doing a similar itinerary. On a cruise in a cooler climate, though, I would hesitate in paying a large premium for the balcony. 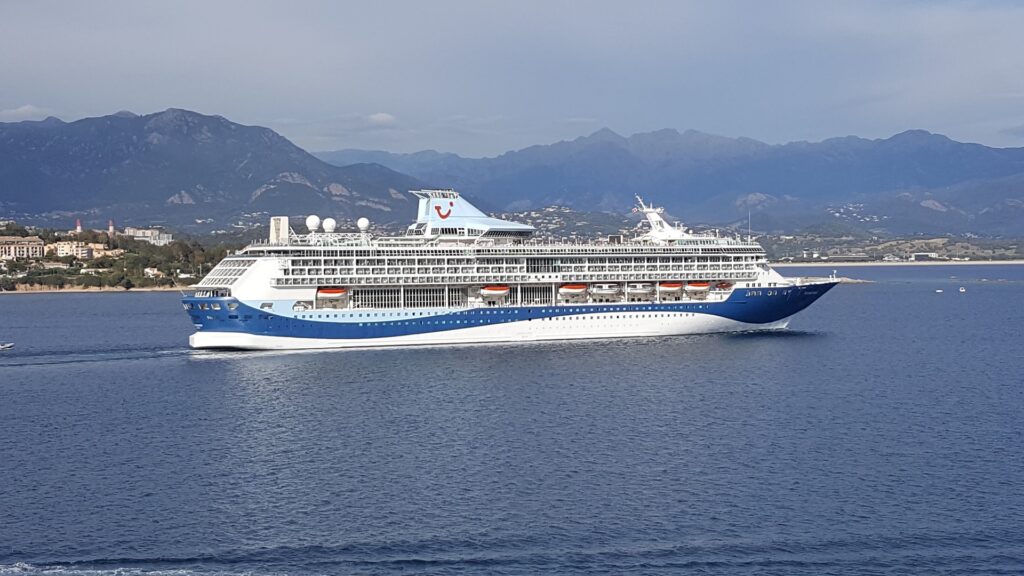 After a great two weeks onboard the Marella Discovery, sadly the time came to say goodbye. A couple of days before our departure, we had luggage tags and disembarkation instructions left in the cabin.

We could choose to disembark with our luggage or to leave it outside the cabin the night before, to be taken off the ship for us. We decided on the latter so disembarked with only our hand luggage.

There was a slight delay in allowing us off the ship so when it was our time to disembark, there was already quite a backlog. The queue into the cruise terminal building moved steadily. Once in the luggage room, our cases were easy to find due to the colour coded luggage tags. It was bemusing, though, that our cases were in completely different areas. I would’ve thought that they’d be kept together since they were collected together. But this wasn’t a problem. We took our cases to the coach and made our way back to the airport.

Palma airport is incredibly busy. There were huge queues at the Tui check in desks. Luckily the queues moved quickly and the queue through security was much shorter afterwards. At check in we were instructed to go straight to the terminal where all UK bound flights take off from. This was necessary as there was another lengthy queue to get there. Thankfully, as we were travelling without children, we were able to join a slightly shorter queue to scan our passports. That, coupled with a slight delay, gave us plenty of time in the terminal. But if you’re travelling with children, be aware that you’ll face long queues at the height of summer.

Arriving back in Doncaster, we were greeted by a relatively empty airport. We managed to get through passport control, pick up our luggage and get back to the car within 30 minutes of landing. I really enjoy flying to/from Doncaster so I hope that it will remain open in future.