Piccolino is a firm family favourite for special occasions. So when Piccolo – The Springs opened up, it was a given that we’d be heading there to try it out as soon as we could.

As luck would have it, I entered a promotional giveaway run by Piccolo via Instagram to win free pizza, and won! To my surprise, the prize was actually a whopping £30 of credit to use. 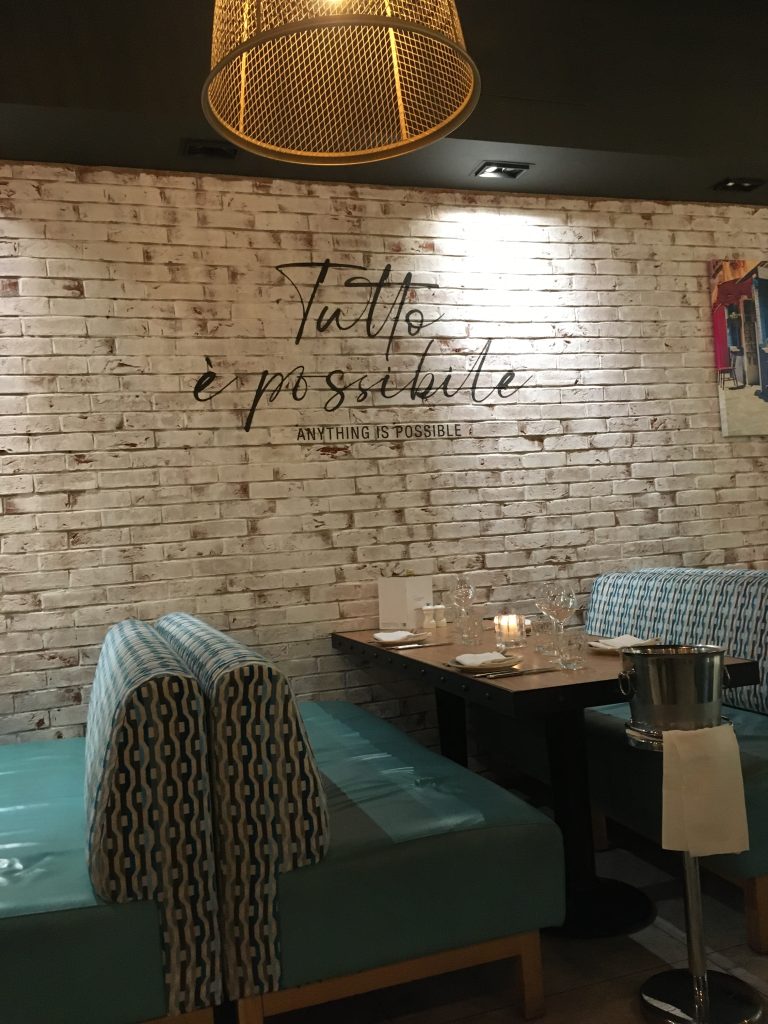 In order to claim the credit, I was instructed to download the Club Individual app. This was easy to do from the App Store. On signing up, I was prompted to add my promotional code and the credit was added to my balance overnight.

Club Individual works as a virtual rewards card and is valid at bars and restaurants within the group.

On the app, I was able to book our table and view menus for Piccolo – The Springs. I really liked these features: it made it so much easier than toggling between the app and a website to handle the booking.

We often go to The Springs for shopping, dining and the cinema, so had noticed that Piccolo had taken over the space that was formerly Gino D’Acampo’s restaurant. From the outside, all we had really noticed was the sign changes. Inside was not too dissimilar. The decor is largely the same as previously – just without the various pictures of Gino and his celebrity friends!

As always, we were promptly greeted at the front desk and shown to our table. Throughout the evening, the service was brilliant. Our main waitress was attentive and quick to spot when our glasses were empty or we’d finished our meals. She took our orders without writing anything down and everything arrived as asked for – a great feat!

Similarly, the servers who brought our food and drinks did so promptly and politely.

The Food at Piccolo – The Springs

As a vegetarian, I was pleased to find a good selection of dishes on the menu. They went beyond the typical Margherita pizza or arribiata, which was a welcome change. Unfortunately, the restaurant was out of burrata due to its popularity. So we decided to skip starters as that’s what I would’ve had. Mr Wright opted for  seafood pasta whilst I had the fiorentina pizza. Both meals went down a treat. 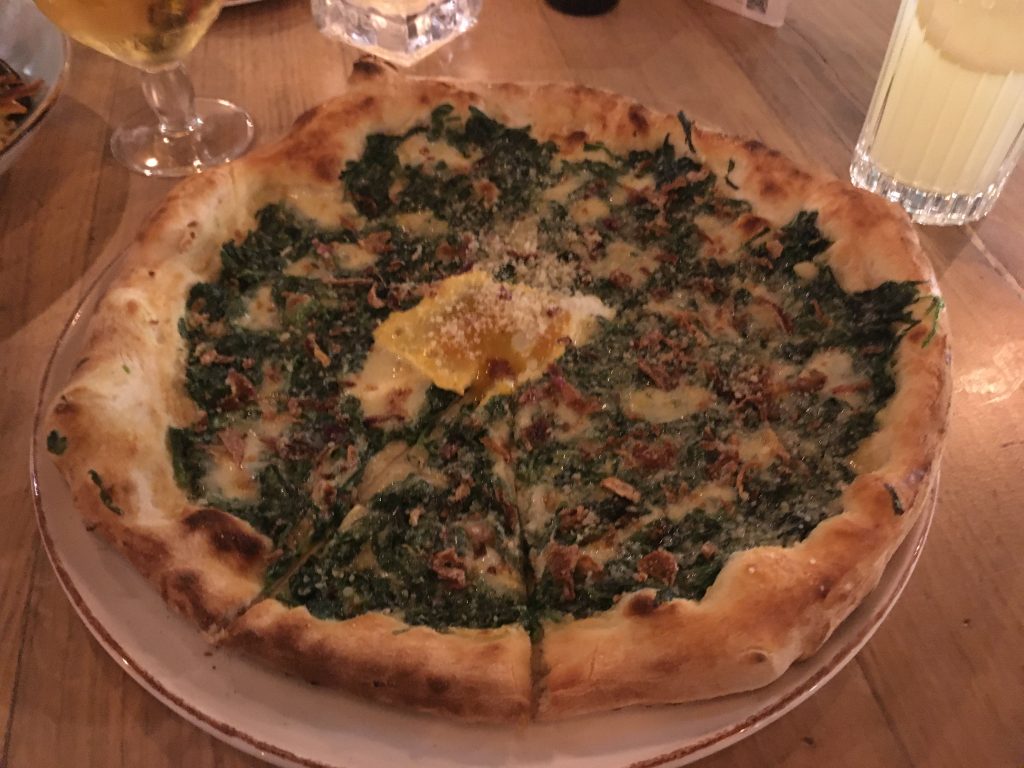 Since we had foregone the starters, we opted for a dessert each. The Nutella cheesecake was to die for. I definitely made the right choice and would heartily recommend it to anyone! Meanwhile, Mr Wright went for the delizia al limone- a lemon sponge soaked in limoncello. Again, the dessert had a thumbs up from him. 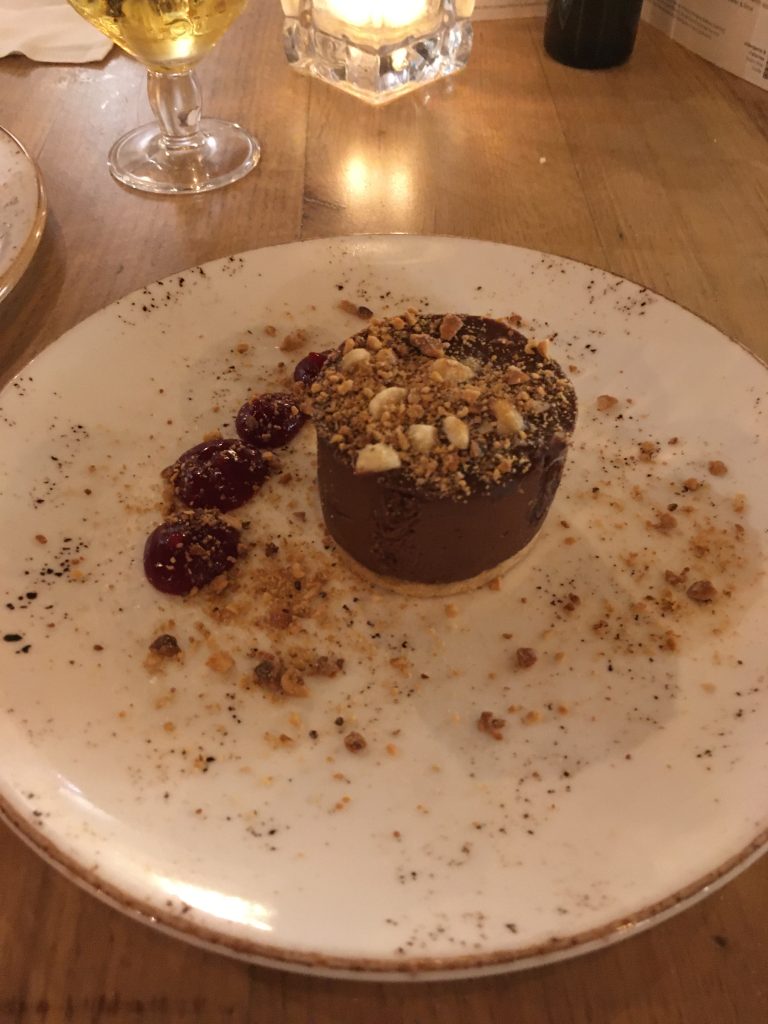 We thoroughly enjoyed our meal at Piccolo – The Springs but it is quite pricey to eat there. The £30 credit I had just about covered our main courses. The two desserts and two drinks each (two pints and two lemonades) along with the service charge came to another £35.

It’s worth noting, though, that there’s currently a kids eat free promotion running. For each adult main that’s ordered, kids can have a main and ice cream for free. So for families, that would make it a more cost effective place to eat.

The food was delicious, the restaurant had a nice atmosphere even though it was relatively quiet, and the service was excellent. We would both recommend it for a meal out as a treat – but it’s on the pricier side so we wouldn’t make a habit of dining there often. It was on par with, if not better than, it’s sister restaurant Piccolino.