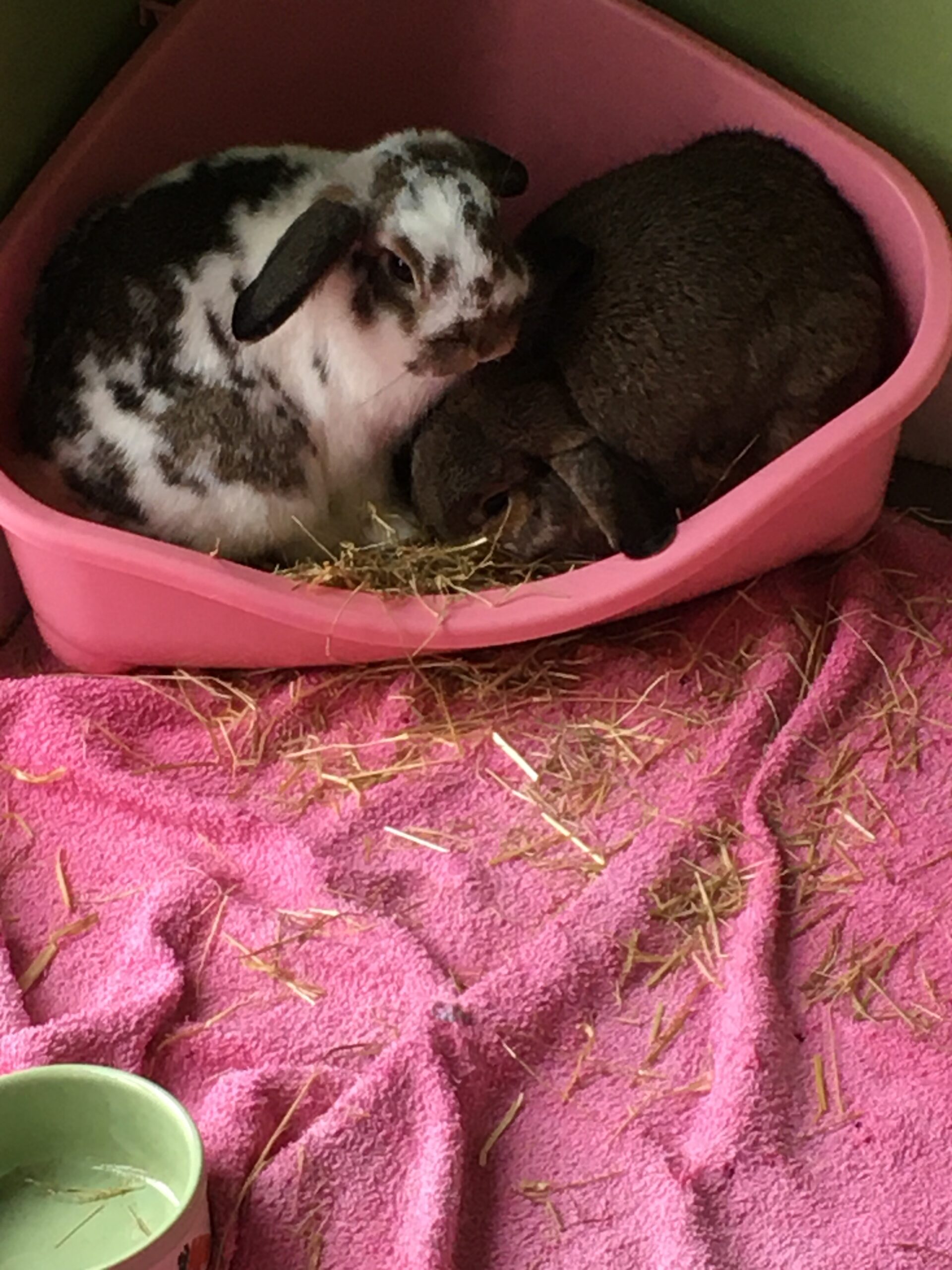 After a week in the rabbit bonding pen in the living room, and near constant supervision, Walter and Winston were the best of friends. In fact, they were spending the vast majority of their time flopped together or cuddled up.

Because of this, and the desire to get a good night’s sleep in my own bed, we took the decision to  move the bunnies into their forever space. 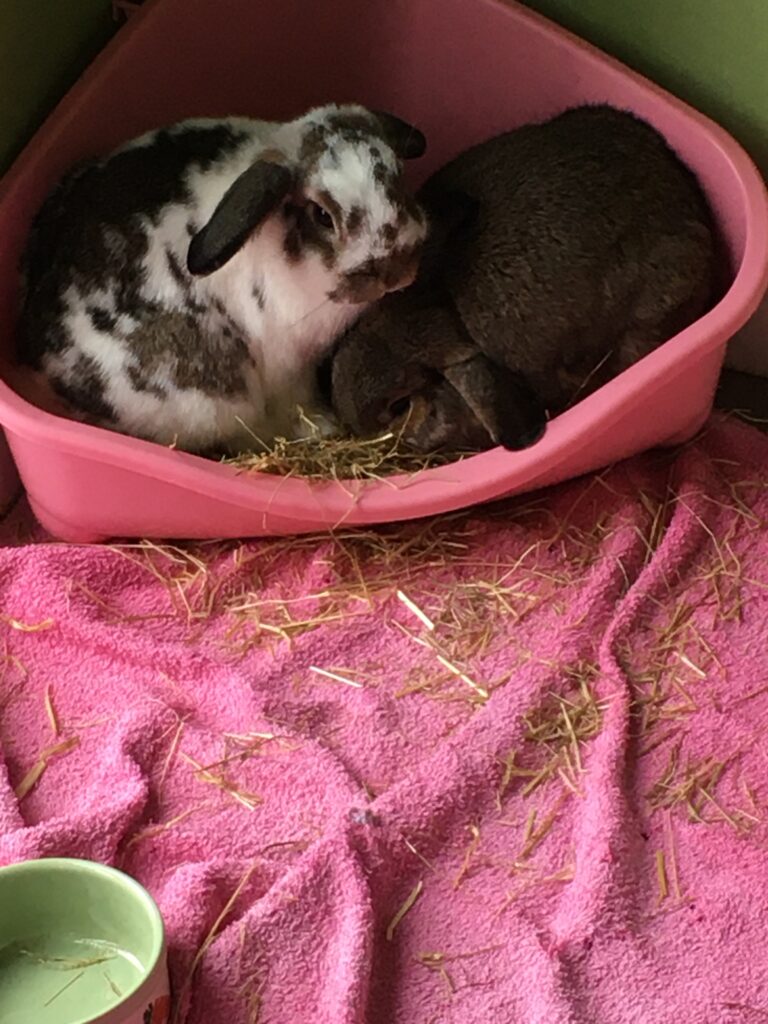 Before we could get the move underway, we reintroduced items into the rabbit bonding pen. Under supervision, we were able to monitor their reactions to familiar items, ensuring that neither bunny claimed the items as their own.

First, we started offering food from a bowl. We had previously been scattering food across the area of the enclosure but wanted to ensure that the rabbits would feed from the same bowl. Thankfully there were no issues with this. Both rabbits fed and got an equal look in, often taking it in turns to pick up food.

Next on the list was a litter tray. Having been fully cleaned with white vinegar, I reintroduced a litter tray that both rabbits had used previously. At first I was a little concerned that Winston was trying to claim the litter tray as his, as he hopped in and stayed there for quite a while. I needn’t have worried. Before long, Walter hopped right in alongside him and both have used the litter tray without fighting over it ever since.

As we were moving our newly bonded rabbits back into an area that they had both previously lived, the whole room required a deep clean before they were relocated. I cleaned, hoovered and mopped every surface in the room – including the walls – before wiping everywhere down with a white vinegar solution.

White vinegar masks the scents of the rabbits and really neutralises any lingering odours in the room. Along with this, I kept the windows open for a while to allow the room to air and waited 12 hours after cleaning before moving the rabbits in.

While our long term plan is to have the rabbits free roam in one room, we decided to limit their space in their room at first. This is due to having a new bond that is still unstable.

To facilitate this, we decided to use the panels of the bonding pen to cordon off an area for them. We put Walter and Winston into their carrier together for a few minutes while setting up the enclosure, moving their litter tray, water and food bowls to the new area.

We lowered the carrier into the enclosure and allowed them to venture out in their own time.  Walter and Winston were keen to explore their new area and wasted no time in sniffing out every corner! We chose to move the rabbits to their new area on a Saturday morning so that we could be around in case of any setbacks.

From my research, and due to our prior bonding attempts, I fully expected there to be some negative behaviour as the rabbits sussed out their new area. Thankfully, other than one bit of fur pulling, we skipped the poor behaviour and before long, our boys were back to grooming each other.

It was clear that the rabbits were well settled with no further episodes of bad behaviour. So, after a week in the smaller space, we took down the pen and have allowed them to free roam in the one room. So far, so good.

Despite the abundance of room, Walter and Winston have continued to spend a lot of time cuddled up and are seemingly very happy in each other’s company. It’s still early days, but we have miraculously managed to go from living separately to bonded with free roam of a room within 16 days.

There are no further immediate changes planned for the rabbits’ living arrangements. As the weather is getting colder, they won’t be venturing outside until the spring, so that reduces the hurdles. My immediate aim is to keep the bunnies together happily, strengthening their bond. Eventually we will allow them into other rooms of the house (with supervision) and then get them out in the garden next year.

But for now, the rabbit bonding process is over and it’s happily ever after.