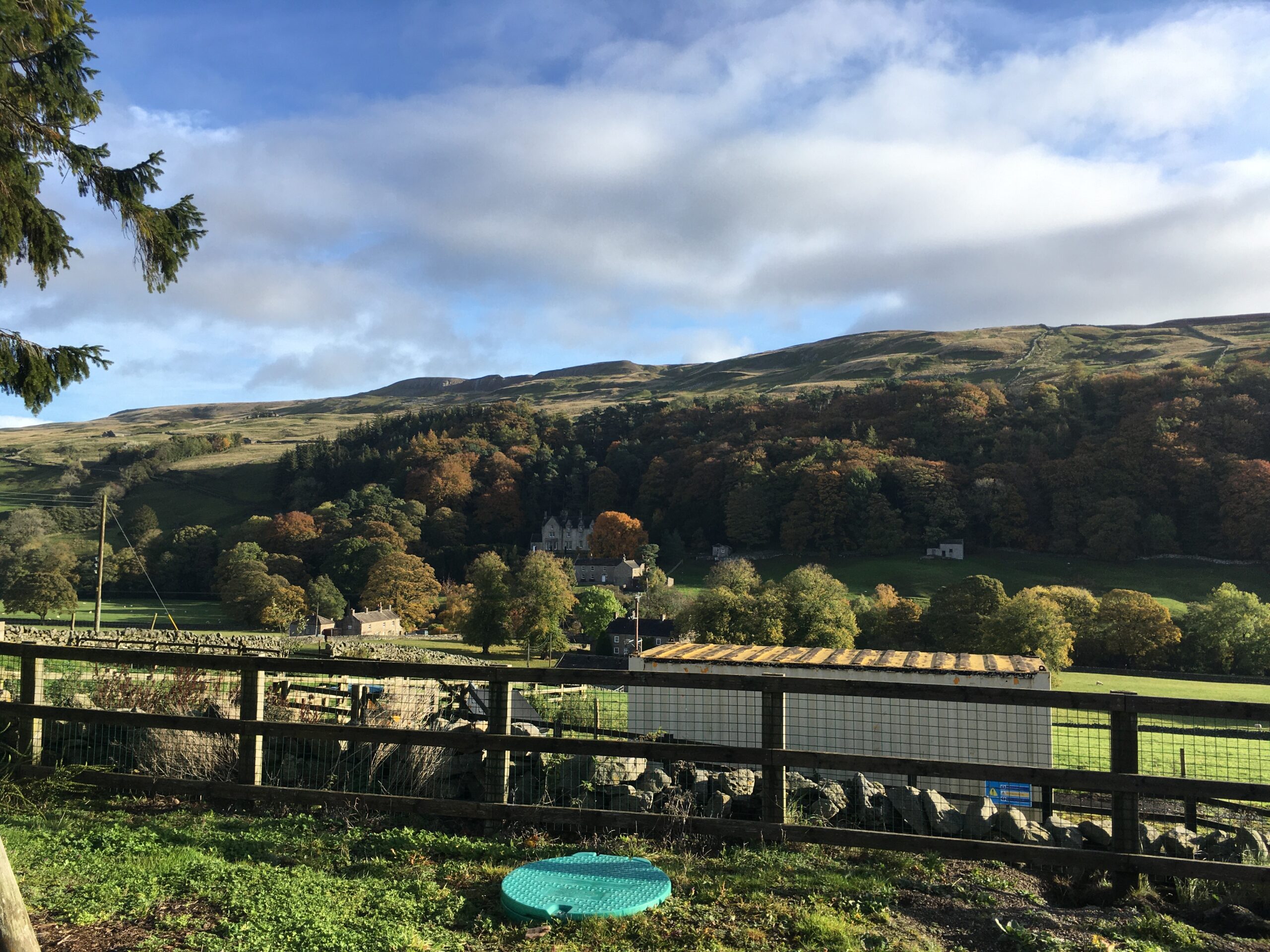 Last weekend we went on our annual family October weekend away in the Yorkshire Dales. It’ an extended family event and due to growing numbers, this year saw 20 of us going away for the weekend. 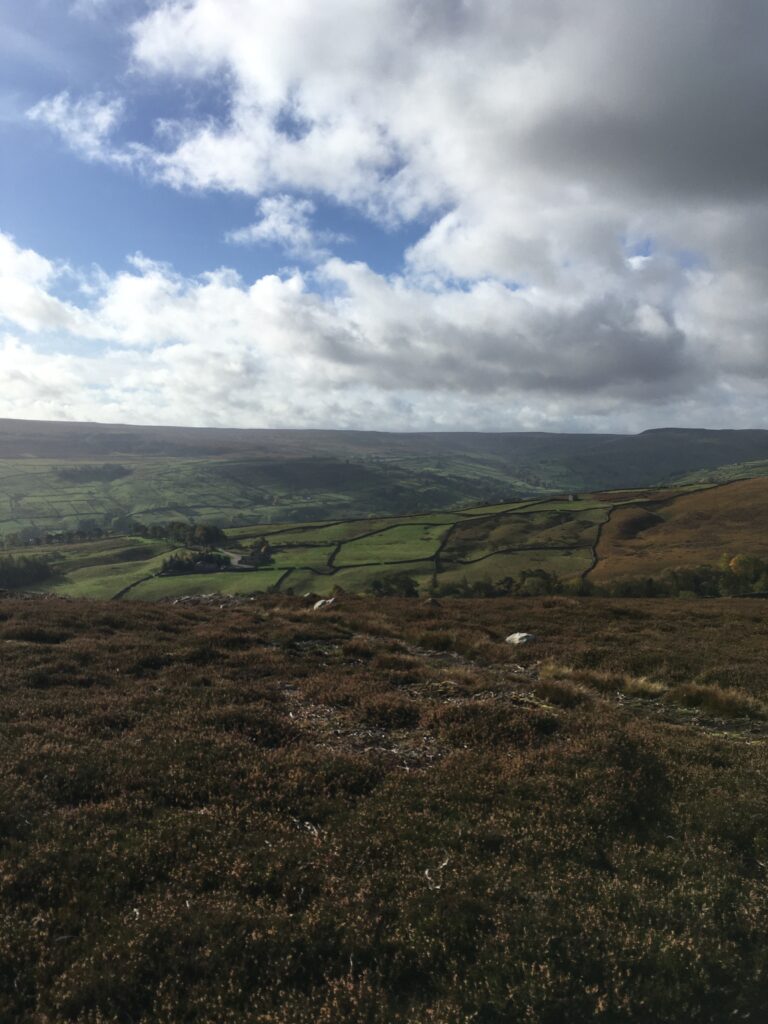 This year saw us revisit The CB Inn in October 2022, in Arkengarthdale, just outside of Reeth in Swaledale. We first went there a couple of years ago during a slight relaxation in the Covid rules between the lockdowns. Previously, we have stayed in Malham, Kettlewell and Woodhall Spa.

We always go away one of the weekends surrounding October half term. This year it happened to be the first weekend. Si works in a school so we weren’t able to set off early this year. Instead, we ate tea at home as soon as Simon got in from work and then set off.

The journey from home to The CB Inn is around 70 miles. We decided to take Si’s car to cut our fuel costs. Simon drives a Mini electric which is much cheaper to fuel than my petrol car. As he’d been at work all day, we needed a pit-stop on the way up to charge the car.

We stopped for around 20 minutes at Wetherby services on the A1. There are plenty of EV chargers here, so it’s easy to get a space. Soon enough, we were back on the road, arriving at the hotel just after 7:30pm.

The CB Inn, named after Charles Bathurst, is a lovely country pub which offers bed and breakfast. There are 19 reasonably priced yet well-equipped rooms. The surroundings are exactly what you’d expect from a country pub: various nooks and crannies filled with comfortable seating and a roaring fire. 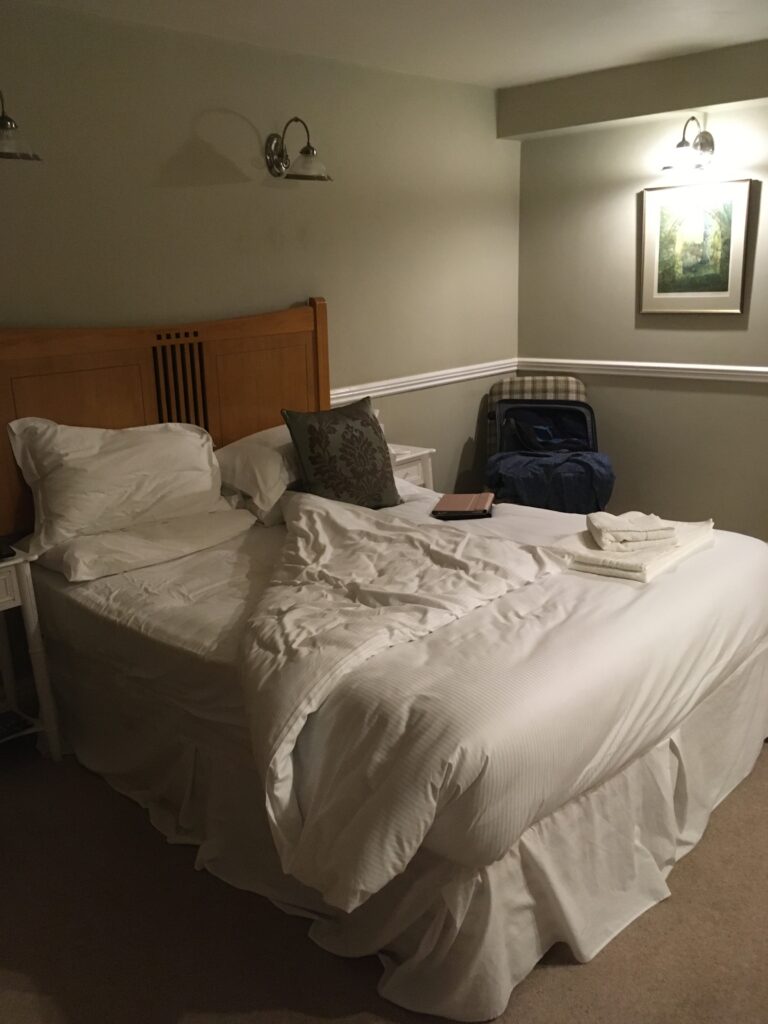 On this visit, we stayed in room 18 – a superior double. The room was well-sized, with a king-sized bed, ample storage and a large bathroom. There was a shower over a bath, but with neither a hook for the shower head nor a shower curtain, we opted for baths.

The room was on the ground floor at the far end of a corridor, with two rooms either side. The views out over the fields at the back of the property were stunning… except for Sunday morning when it was too foggy to even see 10 feet out!

I didn’t necessarily feel that the bed was comfortable but I did sleep well on both nights. Beware the creaking headboards, though! Every time one of us rolled over, the creaking was so loud, we were sure the people in the rooms around us would hear!

The noisy beds were coupled with thin walls. We could easily hear conversations, crying children and the sounds of the bathroom fan, hairdryer and toilets flushing from other rooms. 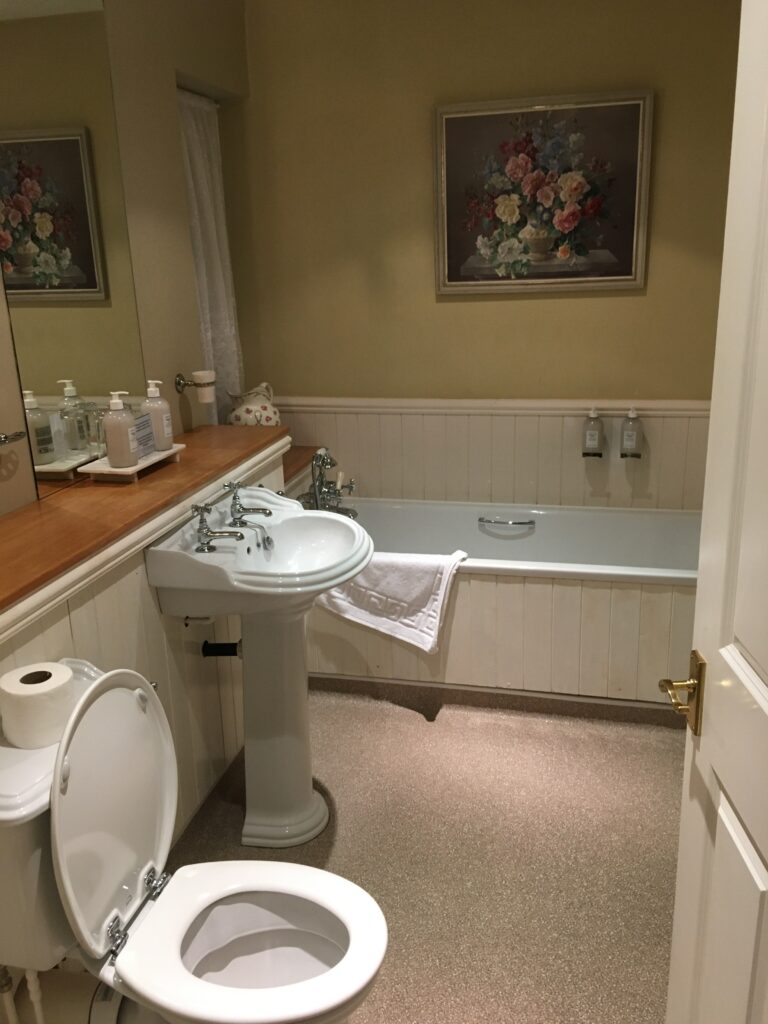 Breakfast on both mornings of our stay was included in our room rate. We were able to help ourselves to cereal, fruit and yoghurt as well as ordering from the choice of cooked breakfasts.

As a vegetarian, there was relatively limited choice on the menu. Either porridge or a cooked breakfast minus all the meat – which left you with a choice of eggs, tomatoes and mushrooms. When ordering, I was pleased to find out that there were vegetarian sausages available. Though after choosing to add one to my breakfast on the first morning, I steered well clear the next day. The sausage was not well cooked and was as dry as a bone! 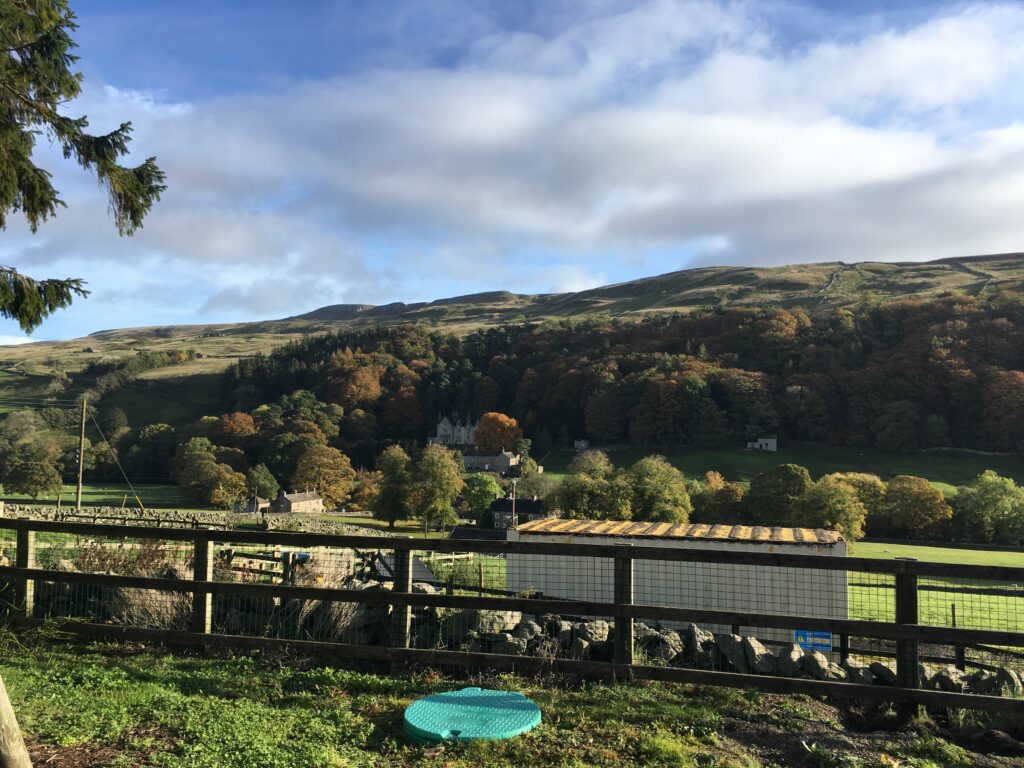 Due to us being such a large group, we pre-ordered dinner after breakfast and were booked into the restaurant for 6:30pm. On the dot, servers were trying to usher us to the table quickly so that they could serve starters.

I passed up on the starter to leave room for a dessert. Again, the evening menu didn’t have a lot of vegetarian options to choose from. However, I had a delicious vegetable Thai green curry, served with a poppadom. Afterwards, I chose the sticky toffee pudding. It was a huge serving and I was right not to go for all three courses! All the food ordered by our party of 20 was enjoyed by everyone. I’d definitely come back here to eat again!

As there were 20 of us staying at The CB Inn for the weekend, we weren’t short of conversation or card games to play during our time at the hotel.

Out and about, we opted for a long, circular walk into Reeth and back on the Saturday. Those who planned the route reckoned it was 8 miles long, though it did seem to register on everyone’s fitbits/smart watches at just over 10 miles. It was a challenging walk with lots of steep, uphill sections. But most of us managed the whole way around – ages ranging from 1 to 69 in the group.

We stopped off in Reeth itself as the half-way point for a bit of lunch and an ice-cream. Here, a few of the group went back in the car while most of us carried on to finish the route.

Once again, it was a great weekend and a lovely catch up away from the hustle and bustle of everyday life. It’s rare that we’re all together for such a concentrated period of time these days. But for now, we need to decide where to head next year!